Section: Toys & Education
Whilst we may receive commission for purchases made through our links, we never allow this to influence product selections.

Can you believe it’s been 25 years since Toy Story first launched? Yes - it made us feel old, too.

With many of us sharing the joys of Woody, Buzz and friends with our children (sometimes on a daily basis), it’s hard to think of the original film as a ‘classic’ rather than contemporary.

The charming story of misaligned toys becoming firm friends in the face of adversity doesn’t age, and the wonderful characters are as loved by our little ones as they are by us.

Lately, we’ve fallen in love with Bo Peep all over again thanks to the fourth (and last?) instalment of the franchise, which sees Woody take on new adventures and challenges in an antique store, trying to rescue his newly made (literally) companion, Forky.

To celebrate the film’s 25th birthday, Disney are hosting Pixar Fest, which will take place for a whole month (from August 6 - September 6, 2020), with lots of activities for your kids to enjoy. There will be weekly live watch parties for Toy Story, Cars, Inside Out and The Incredibles on Disney+, plus virtual Pixar-themed quizzes and unique masterclasses with Pixar animators. Find out more at the Disney Pixar UK Facebook page.

Knowing the original film is 25 years old makes us feel ancient, but sharing our love of the characters with our toddlers is so much fun.

To celebrate PixarFest, here's a Disney Toy Story activity pack that you can download for FREE; simply click on the image below: To say ‘happy birthday’ to Buzz and Woody, we’ve rounded up our favourite Toy Story stuff – you can buy these guilt-free and pretend they’re for the kids, and we won’t tell anyone they’re secretly for you… 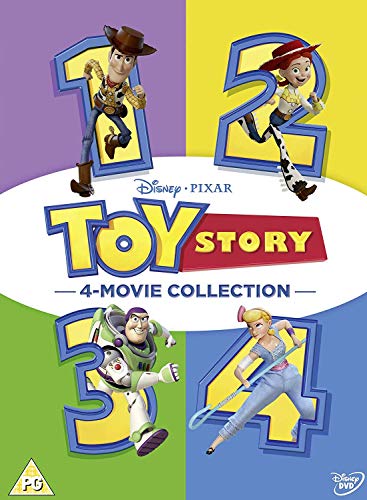 Indulge in a Toy Story marathon by watching all four movies on DVD in one day - perfect for a lazy Sunday or a rainy day. Which movie is your favourite? As part of the Pixar Fest celebrations, Disney have introduced a brand-new range of toys to celebrate the heritage of Pixar – including a new soft toy range of Aliens from Toy Story, dressed up as some of the other characters. Everyone's favourite character from Toy Story 4, Forky can come to life with this talking action figure toy - place him near other interactive Toy Story toys to activate special phrases. 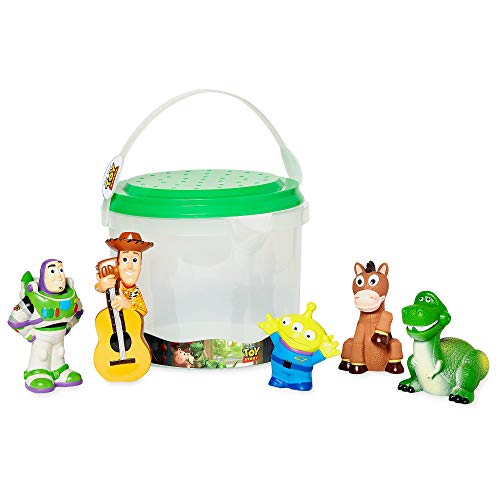 Bathtime will be loads more fun with this set of five Toy Story bath toys, with their own bucket - helping to make tidying up a bit easier for you, too. 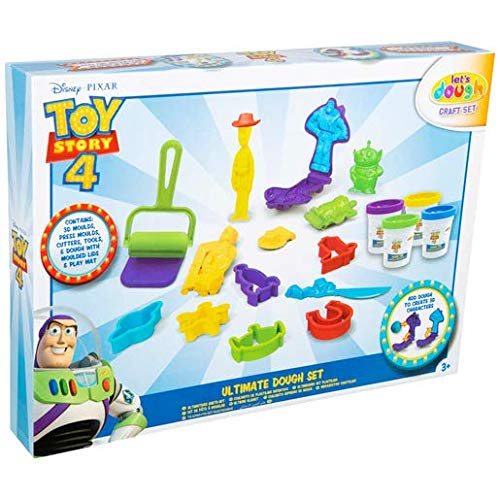 Disney Dough - Make Your Own Forky

Help your little ones make their own version of Forky with this play dough set. Turn dinnertime into an intergalactic adventure with Buzz and Woody - you never know, these plates might encourage your children to eat their veggies. 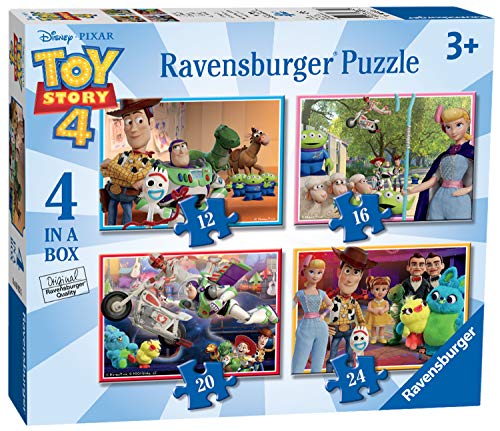 We love a good jigsaw puzzle, and this box contains four different puzzles - with 12, 16, 20 and 24 pieces for increasing levels of difficulty as your child becomes more advanced. 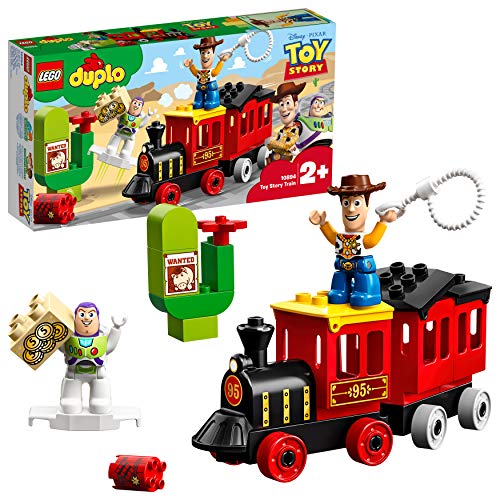 Your children will love playing with this LEGO DUPLO Woody train set, bringing the film and their imaginations alive. We love the 'Wanted' poster of Hamm.

PixarFest has also released some never-before-seen sketches of Buzz Lightyear: If you're planning a family quiz soon, why not make it Toy Story-themed? Here are 12 fascinating facts about our favourite Pixar movie:

How much does your little one love Toy Story? Let us know on Facebook - we'd love to hear from you