Section: Family life
WE DO RECEIVE COMMISSION FOR PURCHASES MADE THROUGH OUR LINKS

We love CBeebies bedtime stories almost as much as our little one and we particularly enjoyed this episode which told the inspiring true story of Baroness Floella Benjamin's arrival in London from Trinidad as part of the Windrush generation.

Celebrating the start of Black History Month, historian and presenter of A House Through Time Professor David Olusoga read ‘Coming to England’, by Floella Benjamin and illustrated by Diane Ewen. The story follows ten-year-old Floella as she and her family set sail from the Caribbean to a new life in London in 1960. The optimistic and very personal story hopes to show how courage and determination can often overcome adversity.

On reading the story David said: "I am delighted to take part in CBeebies Bedtime Stories. After reading Coming to England to my daughter earlier this month, I knew this was a very important and special book that needed to be shared widely."

"Not only does the story encourage empathy from children at a very young age but also a greater understanding of the Windrush generation. It explains at an elementary level what it means to be a British person with black Caribbean heritage, a background that deserves to be celebrated and learned about.

"Stories are the bridge to opening up minds and personal stories like Baroness Floella Benjamin's deserve to be heard."

CBeebies Bedtime Stories is on each weekday at 6.50pm on the CBeebies channel and is also available on BBC iPlayer. 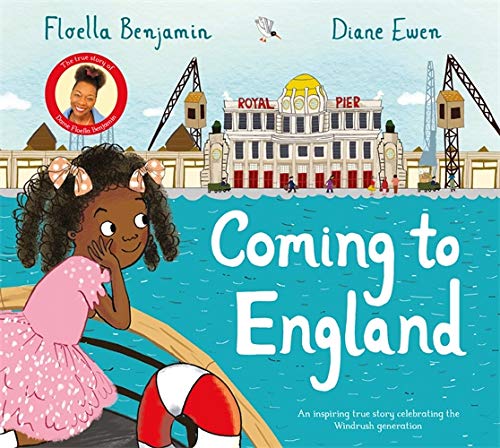 A picture book edition of Coming to England, the inspiring true story of Baroness Floella Benjamin: from Trinidad, to London as part of the Windrush generation, to the House of Lords.