Section: Famous Families
JUST SO YOU KNOW, WHILST WE MAY RECEIVE A COMMISSION OR OTHER COMPENSATION FROM THE LINKS ON THIS PAGE, WE NEVER ALLOW THIS TO INFLUENCE PRODUCT SELECTIONS

How much do you know about Empire Magazine Editor-in-Chief and mum-of-one Terri White? We take a look at the writer and journalist and find out more about her family life...

Terri has one child with her partner. Her son, Emlyn William Wharton, was born February 2020. She regularly shares lovely updates on her Instagram account of her family where she shares how balancing work and childcare can be tough and how raising a baby during lockdown had its challenges.

She's had a very impressive career in magazines which is how she became well known. She began at Woman&Home Magazine before moving to Nuts and later working at Maxim, ShortList, Buzz Magazine, Time Out New York and most recently, Editor-in-Cheif at Empire.

She recently revealed that she would be stepping down as editor of Emipre after six years in the role. Her post read, 'After six extraordinary years, I've resigned as the EIC of Empire. I'm sure there'll be time for the whys/WTFs but for now, I'll say that it was the hardest decision I've ever made, that the editorial team are the most talented people that I've ever worked with and I'll miss them and the readers dreadfully. I'm so proud of the work we've done together. Of getting to edit the best magazine in the world. WHAT A TRIP'

In April 2021, Terri released her first book, an honest memoir about her mental health crisis that landed her in a locked psychiatric ward. The book is currently being adapted for TV by production company, Bad Wolf. Speaking to Empire Magazine, Terri said, “To say I’m excited about working with Bad Wolf on an adaptation of Coming Undone is a gargantuan understatement, their reputation for producing bold, brave, brilliant telly makes them the perfect home for my book – one I wrote to try and give a voice to what so many of us experience in the shadows. That voice is set to get a lot louder.” 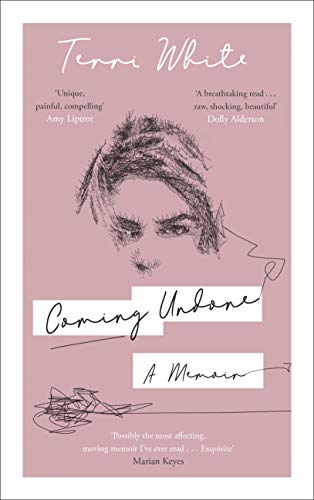