Who is Daisy May Cooper?

Section: Influencers & Inspiration
Just so you know, whilst we may receive a commission or other compensation from the links on this page, we never allow this to influence product selections.

If you're not familiar with the hilarious Daisy May Cooper - where have you been? The English actress and writer is best known for the BBC Three comedy series This Country that she wrote and starred in with her brother, Charlie. The series went on to be commissioned for a further two series, which aired in 2018 and 2020.

Who is Daisy May Cooper's husband?

Daisy married landscape gardener Will Weston in 2019 after several years of dating. Sadly, it is believed the couple split this year although this has not been confirmed officially.

Daisy has two children with Will - a daughter Pip born in 2019 and son Jack who was born in 2020. Sharing news of Jack's arrival, Daisy wrote on Instagram: "The bubba has landed and he's absolutely perfect."

Is Daisy May Cooper on TikTok?

She is indeed! You can follow Daisy on TikTok and she'll no doubt have you giggling.

In March, Daisy announced she would be releasing her very own book, Don't Laugh, It Will Only Encourage Her which is out in October. The memoir details Daisy's tough childhood in rural poverty and her eventual recognition as a special comic talent with the success of This Country.

Talking about the book, Daisy said: "When things were really bad, mum would always say to me, ‘Don’t worry, it will be a good read for your memoir one day’.

"Well, it seems that one day is today. I have lived the most humiliating, ridiculous, screw-up of a s**t-storm life and it has been an utter joy digging up all that shit and putting it down on paper. Therapeutic even. I’m writing this memoir because I owe it myself to tell this story." 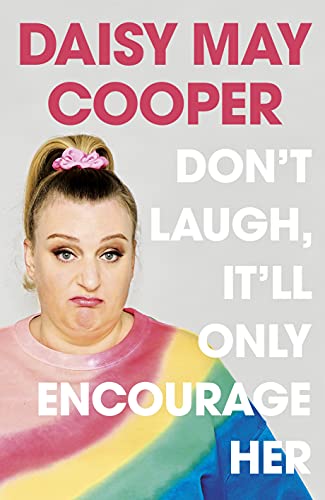 Don't Laugh, It'll Only Encourage Her