Section: Weaning
Just so you know, whilst we may receive a commission or other compensation from the links on this page, we never allow this to influence product selections

Charlotte Stirling-Reed, baby and child nutritionist and author of How to Wean Your Baby, explains why veg is best when it comes to your baby's weaning journey.

The introduction of solid foods to a baby is largely about one thing – experimenting!

In the past foods recommended as babies’ first foods were those that were likely to be easily accepted and gobbled up: think rice pudding, baby porridge (both similar to milk) and apple purees (super sweet).

Babies are born with a preference for sweet foods – it’s innate – and so they don’t need much in the way of encouragement to help them like the sweet taste of apple or pear.

However taste preferences change throughout life and it seems that early experiences with food and flavours can help shape babies’ food preferences and potentially influence the way they eat later on in life. A whole host of new research has looked at the idea of weaning with vegetables first. Savoury, bitter, some sweet veggies – you name it – should be offered in order to help encourage acceptance of vegetables and to expose babies to these flavours in early life to help children to develop a liking for these very early on.

Introducing greens and veggies first isn’t a fail-safe method to protect against a fussy toddler at two years old (sometimes that’s inevitable!), but research has shown that babies given a variety of veggies early on, tend to eat more veggies as they get older too2,4,5.

This is why a number of baby food brands and infant nutrition organisations have started to focus on vegetables as a first food. It’s also why the Start 4 Life campaign from the NHS now suggests that from around 6 months:

“Include vegetables that aren’t so sweet, such as broccoli, cauliflower and spinach – this will help your baby get used to a range of flavours (rather than just the sweeter ones like carrots and sweet potato).”

How to start Veg-Led Weaning

The Veg-Led Weaning approach is where you kick your weaning journey off by offering a variety of single veggies for the first 10 days or so – choosing some bitter, savoury and neutral flavours are best in these first days.

This allows baby to try some completely new tastes and to experiment with flavours they’ve never had before. Ultimately this is in the hope that baby will become more familiar with savoury and bitter tastes, rather than just sweet tastes, and lead them to enjoy and accept more variety later in life.

Of course initially babies are unlikely to be bowled over with the taste of broccoli, sprouts and cabbage, having had nothing but sweet milk for the first months of life!! But this is perfectly normal as it can take up to 8-10 tastes before baby accepts new foods. Whichever way you decide to wean your baby is absolutely fine – all babies are so different and if you’re offering purees, finger foods or both that’s great – you'll find what works best for you. Also many parents decide to go along the more traditional route of offering baby rice and fruits, that’s absolutely safe to do too. 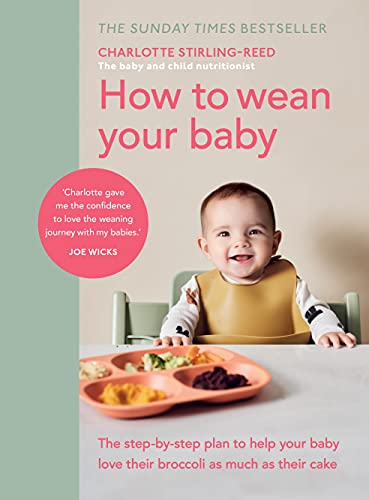 How to Wean Your Baby: The step-by-step plan to help your baby love their broccoli as much as their cake

The best weaning books to get you through the weaning journey

Everything you need to know about baby rice